You grant your consent to all cookies by clicking on the “Accept all” button. If you want to accept only technically necessary cookies, click on the “Only necessary“ button.

Accept all Only necessary Settings
Menu

Dobřanské Pivo is produced by the famous Czech technology using traditional raw materials, ie. malt, hops and water. The capacity of the entire facility of the Modrá Hvězda Dobřany Brewery is approximately 1,500 hl of beer per year. All Dobřanské Beer exhibited is served as yeast unfiltered, ie slightly turbid. Turbidity is formed by brewer's yeast, which is removed by filtration in ordinary beer.

However, yeast contains a significant amount of vitamins and other substances that have a beneficial effect on the human body.

The actual production of beer is a relatively complex process, which basically consists of three main phases.

The first phase of production takes place in the brewery, which is part of the interior of the restaurant. In this process, the starch contained in the malt is first broken down by means of suitably selected temperatures. This is followed by the separation of the malt in the straining vat and boiling with hops, which creates the so-called wort. The whole batch lasts about 12 hours followed by cooling. 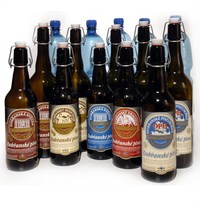 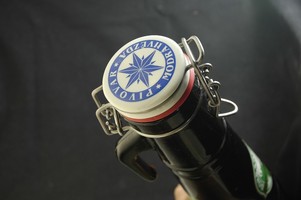